digital scratches
memoirs of a shy dragon
grateful for my muse

And with this haiku, I bid you all ….. a temporary Adieu.
At least on a ‘daily haiku’ basis!

My first posted ‘Penumbra Haiku‘ was “Autumn” on October 29, 2015. Since then, I have posted a daily haiku, including today! That is 430+ days in a row and a total of 460+posts in all, as I occasionally did more than
one post each day. I am a firm believer in ‘surprising yourself‘ and…..
…….did I ever!

I thought I wouldn’t make it past a week…..then a month……. then a couple of months…..and all of a sudden, it is now January of 2017! I attempted to pick a different word/haiku every day. Okay, I counted plurals as different words! And some haiku challenges matched an earlier word! And on rare occasions, I just had an idea…for a word I had already used! LOL!

So, merely taking a break from ‘daily’ but definitely not from ‘haiku’!
…..nor from poetry…….

I also have another poetry blog – ‘Memoirs of a Dragon’, including haiku!
and a photography blog – ‘Eyes of a Dragon’ as well.
Both returning after a long hiatus for each.

I am very grateful for all Readers and Followers!

This site uses Akismet to reduce spam. Learn how your comment data is processed. 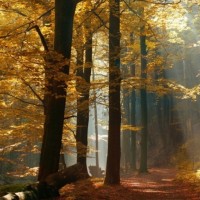 To Ink - a blog from Melting Neurons

Where I share my jewels of wisdom of life

Psycho poetry from my Guts

Witness What Happens When A Ghalib Loving Psychologist Who Doubles As A Hindi Kaviyatri And Raconteur Sits Down Over A Cup Of Coffee And Coelho By Her Side To Converse About Art, Love, Faith, Philosophy And The Journey Called Life! You're Invited!

The World in Which I Live

Musings from my life - poetry and prose

I think too much stuff...
Urban Girl On The Go

Independent, adventurous, consciously aware who loves the excitement of travel and exploring

The blog of the Cafe Haiku group in Mumbai

A somewhat healthy obsession with photography

A place of calm, wonders and serenity, untouched yet branching out because you are the master of your mind, body, spirit..x

Life in islamic point of view